MONTREAL, Tuesday June 30th, 2015 – Artgang Art Contemporain, a new gallery in Montreal, presents the exhibition If Nothing Changes by Travis Young aka TRAV. This first Canadian exhibition for this Californian artist features a dozen paintings. More info and preview images after the jump. 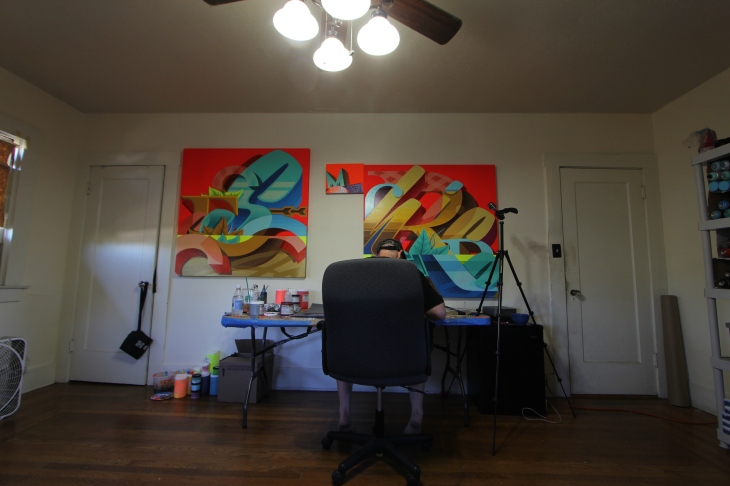 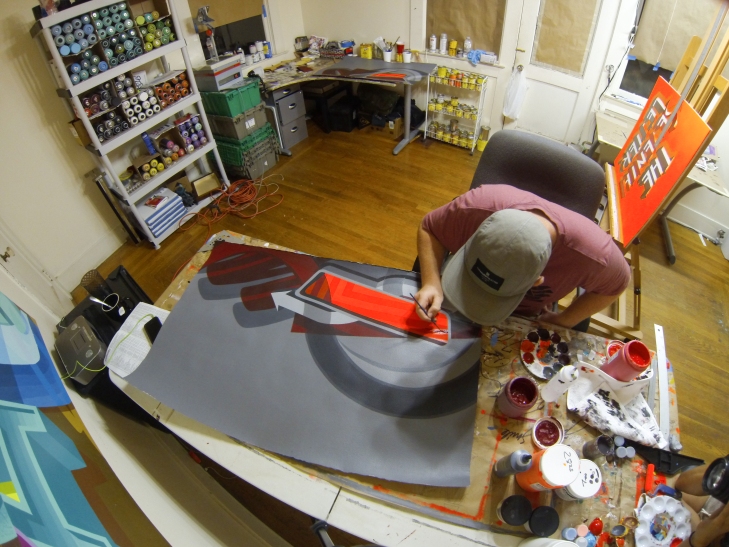 Well versed in typography and with a keen sense of colour, form, and line, TRAV pays homage to the tradition of commercial sign painting. Over the past ten years, the artist, who is now settled in Los Angeles, has developed a unique aesthetic inspired by a prior generation of graffers. TRAV infuses vibrant, eye-catching colours into a more traditional art form. Layers upon layers of carefully placed and painstakingly painted letters comprise his newest body of work. With his innovative artistic direction and ever-evolving style, TRAV took to the galleries, making his debut at The Seventh Letter Gallery in Los Angeles, California.

About Travis Young:
TRAV is a California-based artist who was raised on traditional letter-based graffiti. He was born in Los Angeles and raised in the agricultural town of Visalia, California. TRAV found his love for art early in life. He took to graffiti, honing his skills up and down the west coast. In 2012, TRAV eventually settled back in Los Angeles where he worked as a commercial artist. In 2013, stimulated by what he learned assisting his friend and mentor [Revok], he directed his energies into making fine art. The artist continues to work on several exterior wall projects and is making his way into the gallery world.
-30-
Source: Artgang Montréal