“Nothingness more than infinite” is a new mural by MIEDO 12 presented by Contorno Urbano for the 12+1 project, Urban art in l’Hospitalet de Llobregat (Barcelona, España) MIEDO 12 is a famous graffiti writer from Valencia, Spain. He’s a member of BN, a 21 years old Italian crew. Miedo 12 began graffiti in 1998. More info and images after the jump. 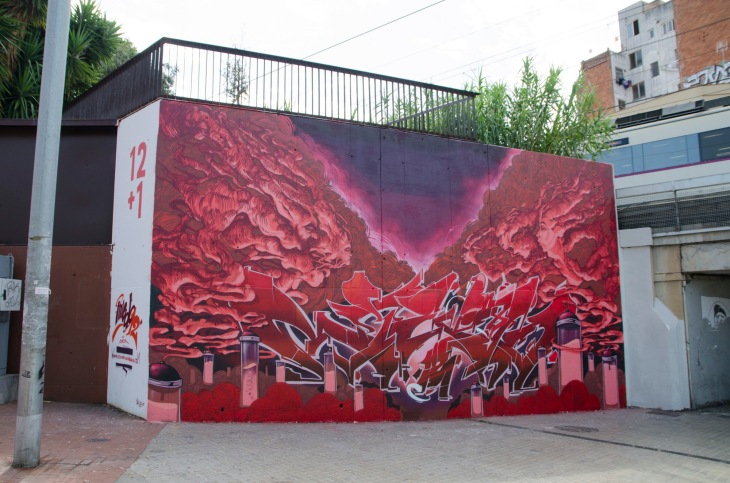 His graffitis always give more importance to letters than to the figurative part.
http://www.miedo12.com
https://www.instagram.com/miedo12/

“Nothingness more than infinite”
It all arises from nothingness, like a whisper projected onto the subconscious, giving material shape to an idea that ends up creating a hologram. One where the beginning and the end are both the letters.
In essence, it’s a creative cycle similar to that of water. Just like a drop of water is the origin of everything, here the spray is the one that, with its effluvium, originates the clouds of inspiration that, together with the rest of drops, embodies the learnings, the experiences, the life of the creator. And all of this is necessary to generate the whisper of the clouds that originate the letters. They’re just an illusion of finite time, but it’s also something that endures in the memory at the same time. It all keeps repeating itself consistently, in a cycle, to create the letters. 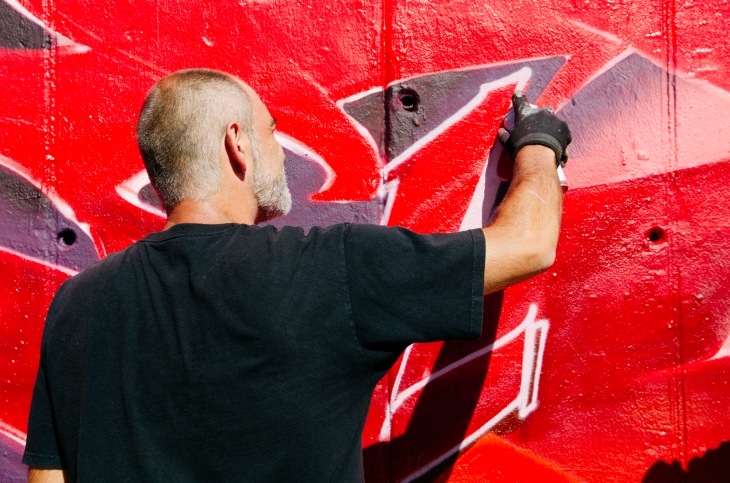 Project 12+1:
12+1 is a proposal put forward by Contorno Urbano:
12 artists, 12 months, one 50 square metre wall, one artistic intervention per month and one final exhibition, presenting each of the artists’ unique work. 12+1 is an open-air art gallery, one which changes each month.
A unique vision which problematizes the way we exhibit urban art, and the place of these artworks in the city.
The project aims to create a space for open dialogue in the city with the highest population density in Europe, in an area which sees over 7000 passers-by each day.

Contorno Urbano:
Contorno Urbano is the first Foundation in Spain to be fully dedicated to street art and graffiti. The team has over 10 years’ experience in murals and urban art dissemination, as well as having worked on international projects.