Montreal, August 30, 2017 – Galerie Youn will open an exhibition featuring Canadian artist Mark Liam Smith on Thursday, September 21, on view until October 21, 2017. Of Centaurs and Men will showcase 24 oil paintings by Smith. More information and images after the jump! 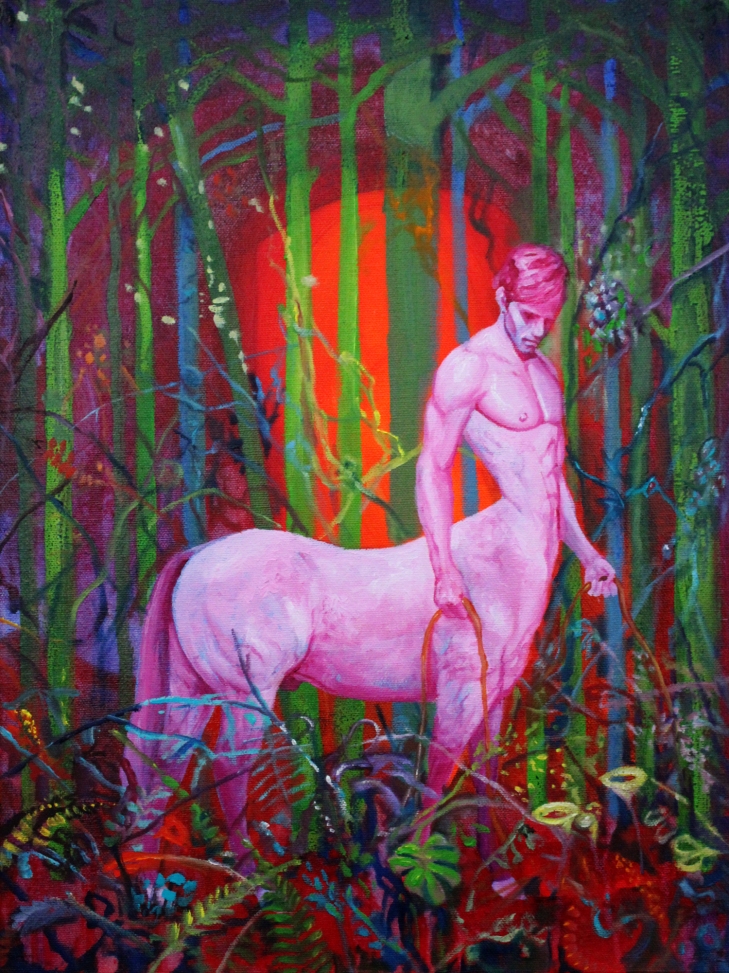 The England-born, Toronto-based artist has been a rising star since he began painting full time in 2015. His background in linguistics has heavily influenced his paintings in that he likens painting to a visual language. In the show Of Centaurs and Men, he uses centaurs, the human-horse hybrids from mythology, to symbolize liminality, a transitional state or conceptual space between dichotomies.

“My paintings aim to expose dichotomies as incomplete by focusing on the liminal position between them. With this body of work, I call into question commonly held dichotomies, such as beautiful or ugly and good or bad. This space in middle of the continuum is where I believe much of our experience is held,” explains Smith. 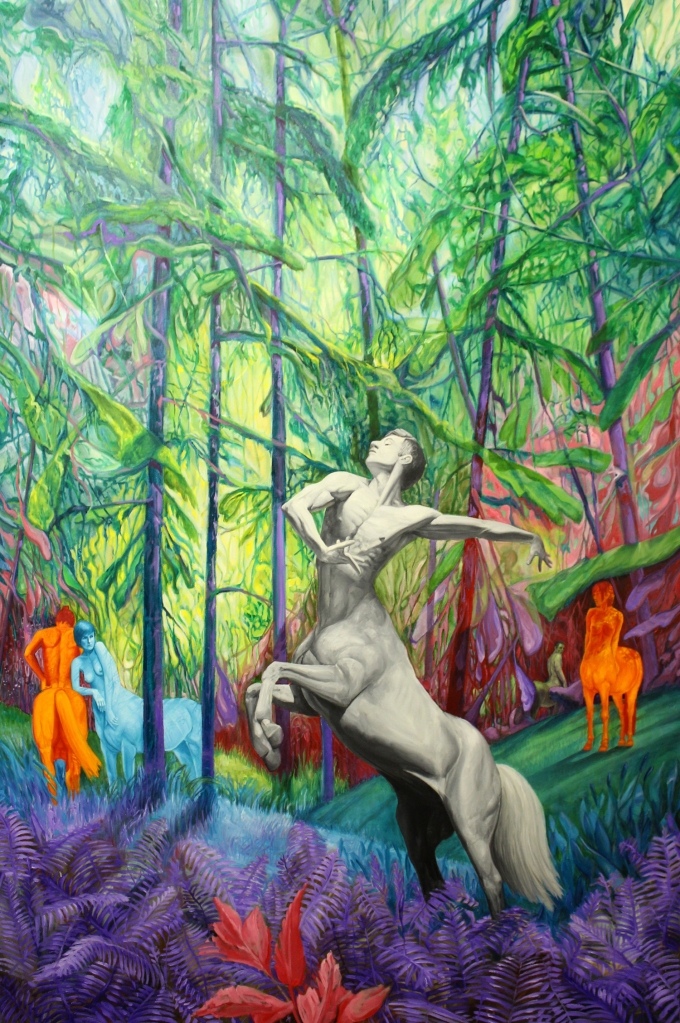 Smith’s application of paint complements the concept of liminality: the centaurs are represented realistically, whereas the forest settings painterly, making the paintings themselves both realistic and painterly. “I’ve tried to create a place that both exists and does not exist. This superposition of ‘both and neither’ shows the necessity for acknowledging liminality and its rejection of traditional dichotomous thinking,” says Smith.

Gallery owner Juno Youn began representing Smith earlier this year, after several successful group exhibitions. “I was pleased to add Mark Liam Smith to my roster of artists,” says Youn. “His surreal narratives draw the viewer into a world of magical realism. His highly saturated palette, which stems from his colour-blindness, coupled with his themes create fertile ground for discussion—not just about his art, but, more broadly, about the world around us.” 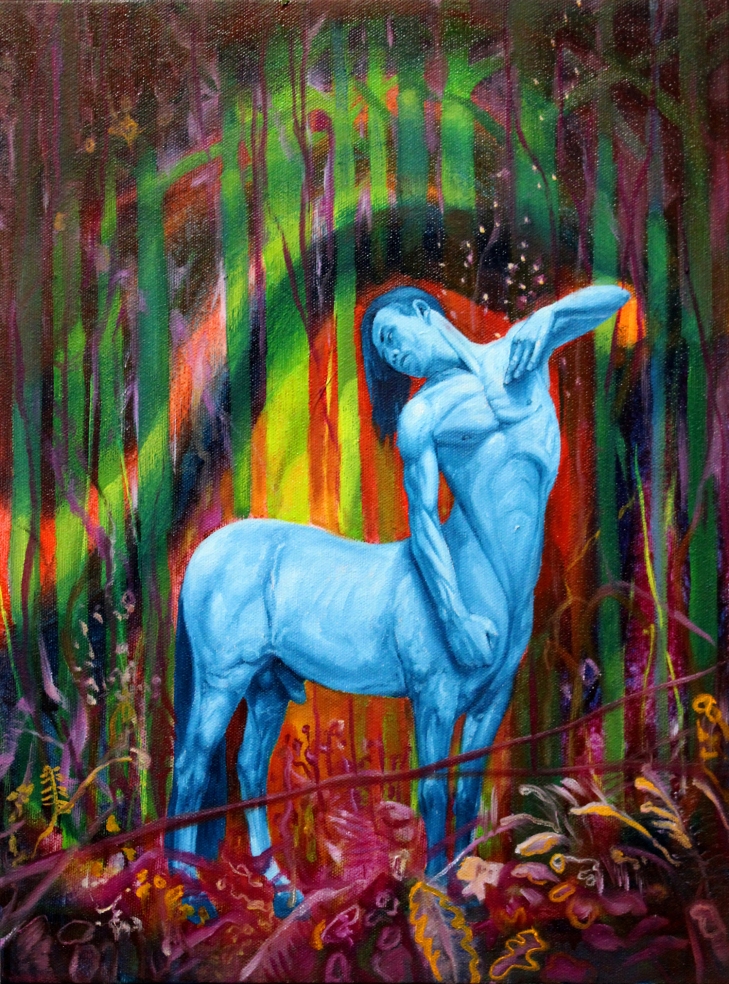 Since 2015, Smith has exhibited at numerous international exhibitions, including SCOPE art fair in Basel, Switzerland, and garnered international recognition by International Confederation of Art Critics and, closer to home, by the Ontario Arts Council and the Federation of Canadian Artists. His paintings have been featured on Hi-Fructose, Boooooom, Bizarre Beyond Belief, among others.

Smith acknowledges the generous support of the Ontario Arts Council in funding this project.

ABOUT GALERIE YOUN
Galerie Youn focuses on building bridges between local, national and international emerging to mid-career contemporary artists. The gallery participates in gallery exhibitions and international art fairs, including, recently, Volta New York and the Seattle Art Fair, and represents more than twenty artists from around the world. Originally founded in 2012 as online gallery Flying Rooster Contemporary Projects, Galerie Youn opened as a brick-and-mortar space in May 2013. Located in the heart of the dynamic and creative Mile End district of Montreal, the gallery hosts a range of group and solo exhibitions throughout the year. Since its opening, Galerie Youn has established itself within the diverse milieu of galleries and art centres in Montreal.