Our man Li-Hill recently sent over a number of images of his new mural in the Ukraine entitled “The Impact of Discovery.” Painted on the Cultural Center of Ukraine’s largest science and technical school, (Kiev Polytechnical Institute) this piece speaks to two influential discoveries within the last two centuries.

Painted on this multi-surfaced building is an explosion created from the Boson Higgs experiments, where two Hydrogen protons collide together at the speed of light. These experiments shed light on the nature of our universe and the particles which tie it together. Overlaid on top is a manipulated image mixed from my own process and a photograph by Etienne-Jules Marey made at the turn of the 20 century. Marey, a scientist and a contemporary of Eadweard Muybridge, was the first person to put multiple images into one plate making the first multiple exposed images. Marey along with Muybridge, were the godfathers of film and sowed the seeds that have given birth to the powerful cinematic industry—exporting Western culture globally—that we see today.

The image of the man running, mirrored, becomes a symbol of hydrogen protons hurtled toward each other and of the impact that these discoveries have on the world around us and the world within us.

This piece also has a subterranean meaning that is influenced by the current situation in Ukraine. These conflicts breed discoveries that, through struggle, enable culture, identity and community to be forged.

END_OF_DOCUMENT_TOKEN_TO_BE_REPLACED

Our man Li-Hill recently teamed up with German artist James Bullough in Miami to crush an incredible new mural for Art Basel. The duo worked away for a number of days on a gigantic figure based piece in Wynwood presented by Pangeaseed and Urban Nation Berlin. 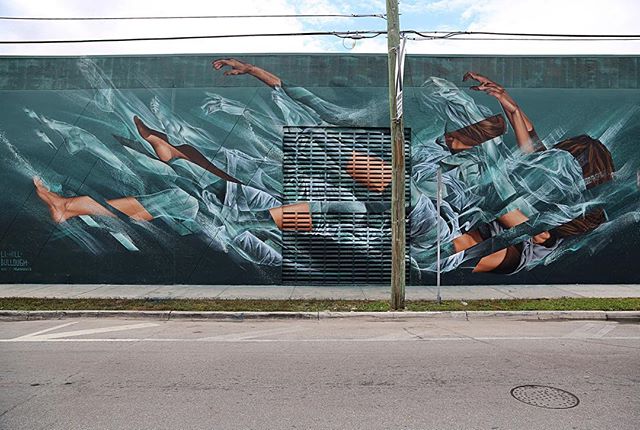 END_OF_DOCUMENT_TOKEN_TO_BE_REPLACED

Our man Li Hill recently finished up a new mural in Berlin for the One Wall Project by Urban Nation. The Toronto born multidisciplinary artist knocked out a giant black and white wall using his signature expressive figure subject matter. Here’s what he had to say about the project:

“Based on two source points, a famous statue in Berlin based on the greek goddess of Victory (Siegessäule/ The Victory Column) and the film Wings of Desire by Wim Winders, where an angel becomes human to experience the world. As well as speaking to the spirit of renewal and reinvention, this piece at its core is based on the fragile and unsustainable concept of constant progress and the fallacy of victory. All empires are bound to fall but something new is always born from it.”

END_OF_DOCUMENT_TOKEN_TO_BE_REPLACED

One of our dearest friends Aaron Li-Hill recently finished a piece for the Savage Habbit Murals Project in New Jersey. Using his signature sense of expression and motion and some beautiful geese figures, the now New York-based artist pays homage to revolutionary war patriots.

END_OF_DOCUMENT_TOKEN_TO_BE_REPLACED

Our man Li-Hill has unveiled some of his most recent works at the C.A.V.E Gallery in Los Angeles. We recently posted up the mural that he painted while in town for the show (HERE), but we have recently stumbled across images of his fine art work that was in the show. Using his beautiful rendering technique and expressive style, Li-Hill nailed this show.

END_OF_DOCUMENT_TOKEN_TO_BE_REPLACED

Our main man Aaron Li-Hill was recently in Los Angeles, where he will be presenting a new body of work at the C.A.V.E. Gallery in Los Angeles entitled Carbon. While in LA, the homie got busy on an exceptional mural utilizing his signature expressive and figure based aesthetic.

END_OF_DOCUMENT_TOKEN_TO_BE_REPLACED 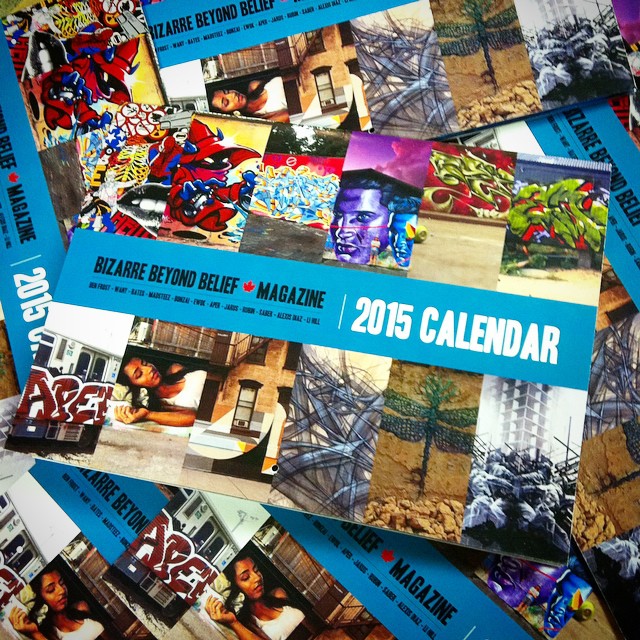