New York- JANUARY 25, 2013. Just announced! In addition to the live musical talent of Nima Yamini, Kid Mess, ILLE and Imanos on Saturday January 26, 2013, will be an Art Exhibit featuring Hanksy and Matthew Rowean from 10:00PM-12:00AM. Presented by AvenueA Soundcheck and taking place at the Aksel Loft in Tribeca New York, the evening will kick off with an Art Exhibit followed by the sounds of Trap in Tribeca. 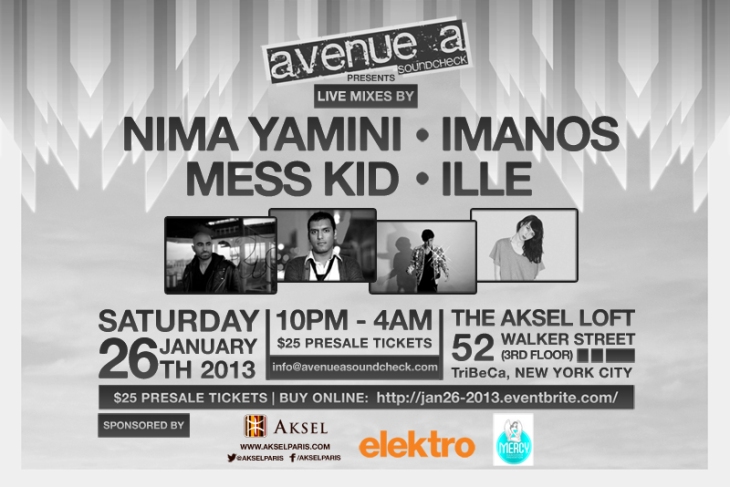